A tour through Europe: Stavanger 2008 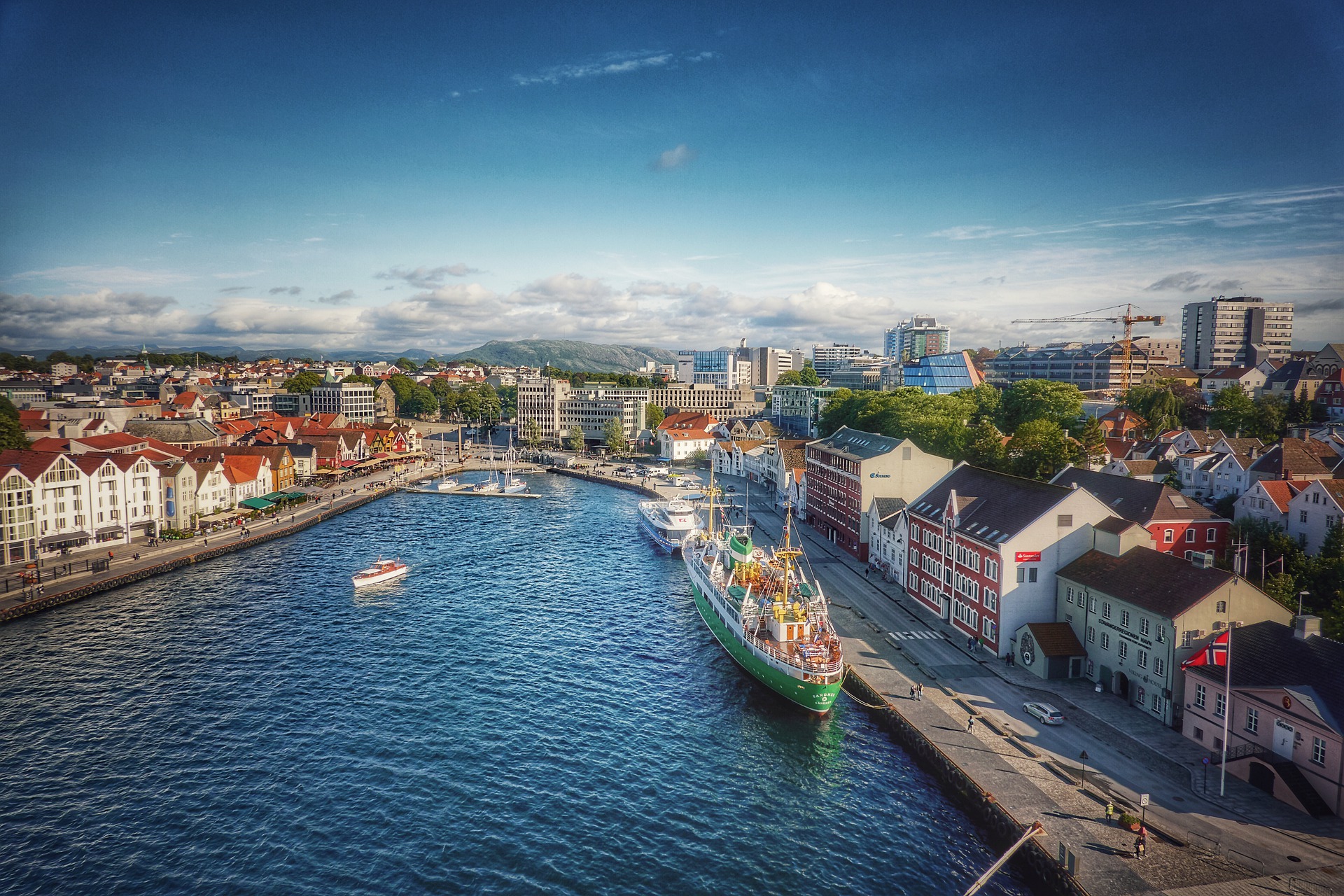 Stavanger is a port city in the southwest of Norway and has a population of around 135,000. Stavanger’s European Capital of Culture (ECoC) programme was not only Stavanger’s project, but also included the nearby city of Sandnes as well as the wider Rogaland region. Stavanger used to be famous for its fish export industry, but it declined in the 1930s. After that the city was known for its canning industry, but that declined after the Second World War. As oil was discovered under the North Sea in the 1970s, Stavanger started to develop its petroleum industry and is known today as “the petroleum capital of Europe”. The discovery of oil has significantly increased the industrial base, economy and population of the city. Stavanger had a shortage of workers in the oil industry and one reason for them applying for the ECoC title was to increase their attractiveness in the eyes of skillful workers in order to lure them to Stavanger or the neighbouring areas. Another reason for applying for the ECoC was Stavanger’s will to diversify their economic base, because in the past a reliance on one source of income had led to economically challenging periods.

The total financial income from the ECoC was 39,5 million euros. Over 30% of this came from the Norwegian government. The Stavanger, Sandnes and the Rogaland communes allocated a total of 14,8M€ for the ECoC across the years 2004-2008. The total expenditure of the ECoC was 38,6M€, so a profit of 0,9M€ was made. 21,4% of Stavanger’s income came from commercial agreements, when the average ratio for ECoCs between 1995 and 2004 was 13%. In this light it’s fair to say that Stavanger was very successful in their fundraising and in securing sponsorship deals. Also, while increasing tourism was not specifically a major goal for Stavanger, there is anecdotal evidence that the bed occupancy rates increased by 11% during the title year.

Already before the ECoC Stavanger had many known cultural institutions, such as Sølvberget, a culture house that focuses on human rights, literature and freedom of speech. Also, there are many museums in Stavanger, like the Norwegian Canning Museum, the Archaeology Museum and the Norwegian Children’s Museum. Stavanger also hosts several annual festivals, such as MaiJazz, the Gladmat food festival and the International Chamber Music Festival. Despite this the ECoC stakeholders felt that Stavanger was not culturally particularly renowned outside of Norway and that its cultural sector was not ambitious. Indeed, this perceived lack of ambition was one of the main reasons for Stavanger’s ECoC bid, as it looked to increase the amount, diversity and quality of cultural offering in the city, in Sandnes and in the wider Rogaland region.

The overall theme of Stavanger’s application was “Open Port”, which can be understood in English as “open harbour” or in Norwegian as “open gate”. The application’s core values were artistic freedom, cultural diversity and cultural cohesion. These values of diversity and cultural openness were apparent already in the basic structure of the cultural programme for the title year, as its core was formed by four international groups of artists, each representing different forms of art (dance, theatre, music and puppetry) and originating from different countries (Belgium, Israel, Lithuania and South Africa). These companies stayed in Stavanger over the four quarters of 2008 and also included the local people in activities and workshops and collaborated with local cultural organizations. Indeed, one of Stavanger’s main goals was “to contribute to the establishment of enduring networks in the fields of arts and culture”.

While promoting the European dimension was not one of Stavanger’s main priorities, its cultural programme can be judged to have succeeded in this on many levels. For instance, many artists, curators and companies involved in the cultural programme were European. As an example, the Bocuse d’Or food competition had chefs from a number of different European countries. The North Sea Project is an example of a European exchange and collaboration between cultural operators in Stavanger and Scotland. This exchange saw 45 Scots visit Stavanger as 35 Norwegians travelled the other way, to the east of Scotland.

One of the most important objectives for the cultural programme was to “ensure a broad and enduring cultural lift, especially for children and the young”. Indeed, school children were included already in the planning of the programme and some were also included in committees. Also, the Youth and Migration project included secondary schools from around Europe and from the USA. Furthermore, especially the landscape and outdoor projects provided opportunities for people who didn’t often participate in cultural activities, such as isolated communities outside Stavanger and young people, to take part. An example of this type of project was the Mot Himlaleite, a major contemporary dance, film, music, extreme skiing and snowboarding event in the Sauda mountains which included around 1000 people from a small town with a population of only around 2000. Moreover, many cultural operators reported that the ECoC activities had resulted in local cultural organizations developing their skills and confidence, while also receiving more requests than before to deliver further cultural activities.

The locals had generally mostly positive feelings towards the programme of the title year, as 78% of respondents to a survey agreed that the ECoC had created a good atmosphere. In general, the locals reportedly enjoyed the programme and felt included. The Stavanger ECoC notably increased the cultural activity of the area as evaluated post-ECoC, which is also reflected by the 14,2% increase in funding for the region’s cultural organizations. Also, the ECoC can be assessed to have reached its goal of making the locals more internationally-minded as the objectives of increasing the cultural curiosity and tolerance of the locals were estimated to have increased. Furthermore, Stavanger developed a desire to hold on to and to create new links with future ECoCs and with international artists. Some cultural programme, such as Stavanger Rock, continued after the title year, and the choirs of Stavanger continued to work with international conductors. Stavanger also created a new cultural strategy for the years 2010-2017 to encourage further cultural activity. Moreover, many stakeholders said that the ECoC programme had developed the skills and the capacity of Stavanger, Sandnes and the Rogaland region to organize festivals and cultural events, while also developing fundraising skills and the ability to create formal contracts. Thanks to the ECoC, Stavanger, Sandnes and the Rogaland region now have stronger links with international partners, which can help boost the artistic community and cultural scene of the area long into the future.