A tour through Europe: Bruges 2002 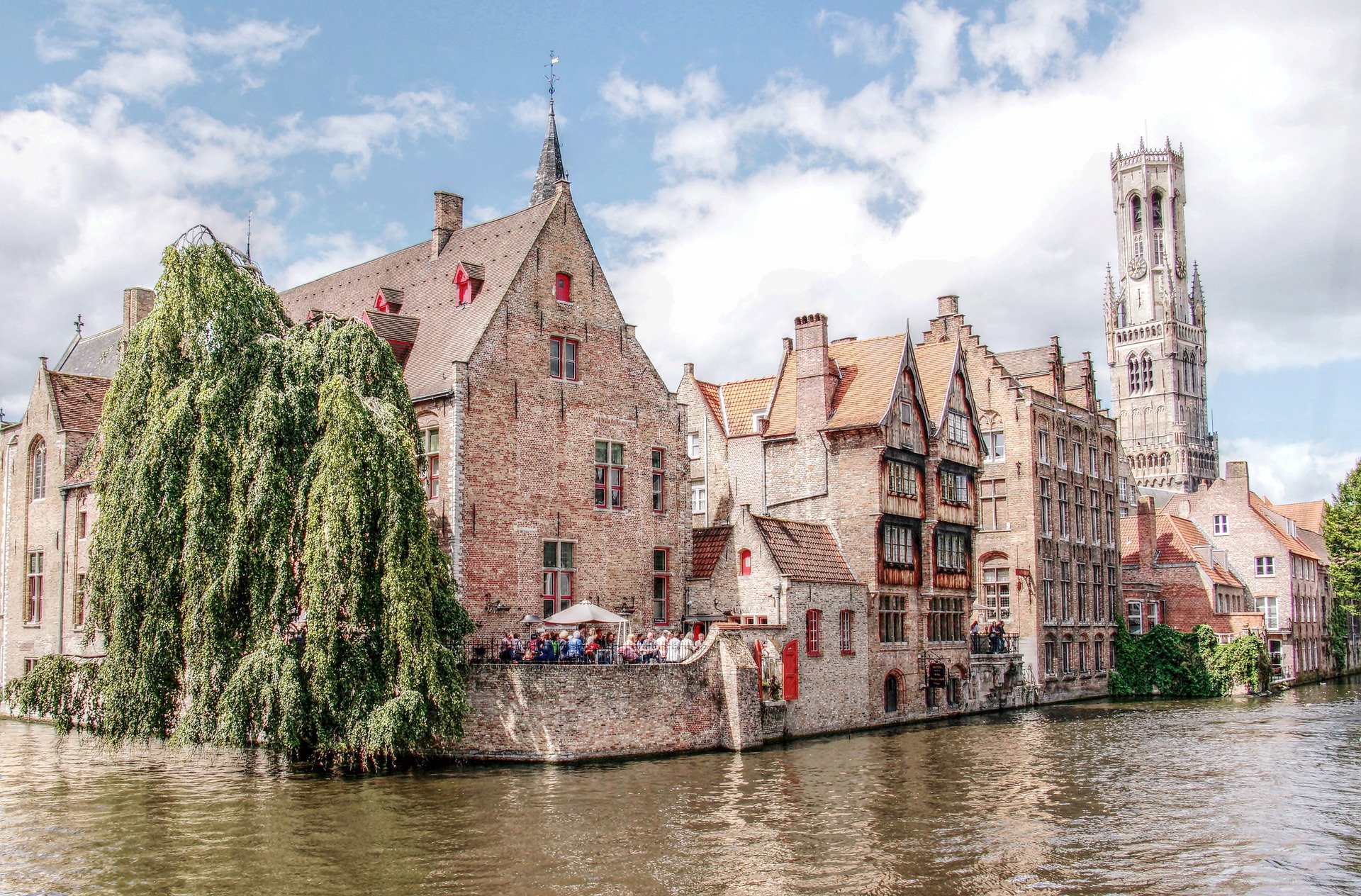 Bruges was a culturally rich city long before they became European Capital of Culture (ECoC) for 2002. Bruges was founded by Vikings in the 9th century and very soon it became a major international trading port. In the 12th century Bruges became a city and traders from around the world came there in growing numbers to sell their goods and to buy the world-famous Flemish cloth, which was manufactured in several cities, including nearby Ghent. In the 14th century Bruges became a warehouse for the North-European Hanseatic cities. Furthermore, countries like Italy, Germany and Spain had their own representation in the city. Indeed, Bruges had developed into a truly European center where numerous languages were spoken, and exotic products were available. In the 15th century Bruges’ economy declined as it failed to compete with the larger harbour of Antwerp, and also because the cloth industry declined. Art and architecture maintained their status in Bruges though, with the construction of impressive late-gothic buildings and churches and the Flemish painting school producing distinguished works. By the late 1500s Bruges had lost all great power, and by the mid-1800s it had become the poorest city in Belgium. However, the increase in tourism in the 20th century revitalized the city as its medieval heritage became a new source of income for the “Venice of the North”. Furthermore, the new harbour of Zeebrugge brought new industries and contributed to the development of the region.

The BRUGGE 2002 project team considered their ECoC a huge success. The programme included 156 projects and 1227 activities, with 1 590 629 people participating in these activities. Around 9% of Belgians participated in BRUGGE 2002. According to stakeholders the greatest and most lasting cultural impact of BRUGGE 2002 was achieved through the infrastructural projects, especially by repairing monuments and creating new buildings. According to a questionnaire 21% of residential tourists (~120 000 tourists) and 23% of day tourists (~700 000 tourists) travelled to Bruges at least partially because of BRUGGE 2002. These figures contributed to the additional occupancy of 10,3% in hotels in Bruges, and this during a year that other Belgian cities were talking about a crisis. Moreover, these tourists spent an additional ~42M€ during their stay in Bruges, an increase of 25%. The total budget for BRUGGE 2002 was ~27 000 000€, which means that every 1 euro invested into the project yielded a direct financial result of 1,5€. The City of Bruges invested 2,5M€ into the ECoC, which means that every 1 euro invested yielded a direct financial result of 16,5€. The BRUGGE 2002 project achieved a turnover of more than 27M€, of which ~16M€ in subsidies, ~6M€ in sponsor money and ~4M€ from the public (tickets, merchandising etc.). In other words, the culture of Bruges was directly financed and developed with around 25 million euros of non-Bruges funds.