“The Capital of Culture is not only Oulu’s project but simultaneously, it is the whole Northern Finland’s shared moment of truth.”, the Vice-Chairperson of Oulu Cultural Foundation, Päivi Laajala. 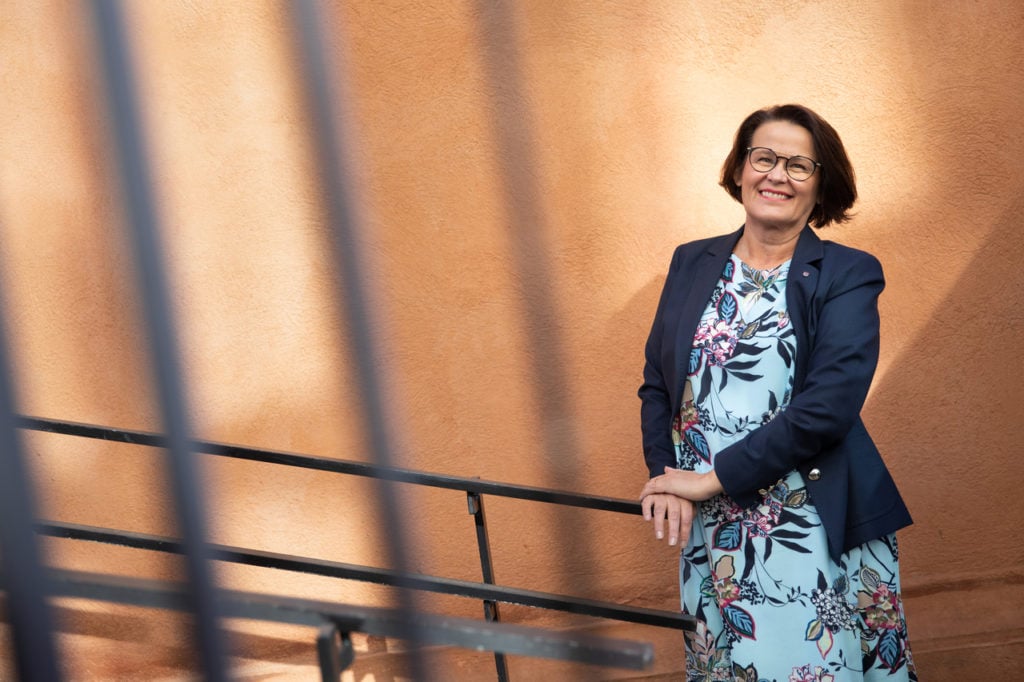 Laajala’s work takes a lot of her spare time as well, but she does enjoy going outdoors and spending time with her partner and their friends here in Oulu. ”Now that the coronavirus situation is easing up, it is also possible to go to the theatre, concerts and movies.”

“The City Board has appointed a diverse board for the Cultural Foundation where there is expertise in science as well as in culture, but also in business and economics. The board has members from Oulu and different parts of Finland.”

The Foundation is a part of the City Administration, but it is responsible for organising and implementing the Capital of Culture project in collaboration with many different operators and partners. Laajala believes that collaboration and companionship will be the Foundation’s ways of working.

“Oulu2026 bid book already proved that Oulu and its partners really have talent and skills to implement the versatile cultural programme. I look forward to the Foundation taking on this challenge.”

The title of Capital of Culture has significant value to the city and its development. The city also has the need to develop the cultural industry in different ways and increase people’s wellbeing and employment.

“Oulu has already gained visibility and awareness not only in Finland but also in Europe. It is also a entity that increases communality because citizens and organisations are invited to be a part of programme preparation and implementation.”

Laajala considers the Northern Finland to be a unique region where there is plenty to see and experience. The cultural offering is diverse and there are opportunities for professionals in the cultural sector and for young people.

“Our clearly different seasons as well as nature, sea and rivers tell stories about our region. Highly visible in the Oulu2026 Cultural Programme is connecting technology and art that will bring in something new and different.”

The Capital of Culture project is not only Oulu’s project but simultaneously, it is the whole Northern Finland’s shared moment of truth.

Päivi Laajala, who has a Master of Administrative Sciences, began as the Mayor of Oulu in the spring 2017. Before that, between the years 2008-2017, she worked as the Director General of the Ministry of Finance’s Department for Local Government, later known as Department for Local Government and Regional Administration. Between 2005 and 2008, Laajala acted as the Deputy Mayor of the City of Oulu. Before that she acted as the Mayor of Kannus, Municipal Manager of Pielavesi, and Social and Health Director of Kauhajoki.