Piia Rantala-Korhonen and Samu Forsblom Selected to Lead the Foundation

“The Oulu Cultural Foundation is responsible for the Capital of Culture operations once the City of Oulu hands over the baton on 1st January 2022”, says the Chairperson of the Foundation’s Board, Risto Ruohonen. 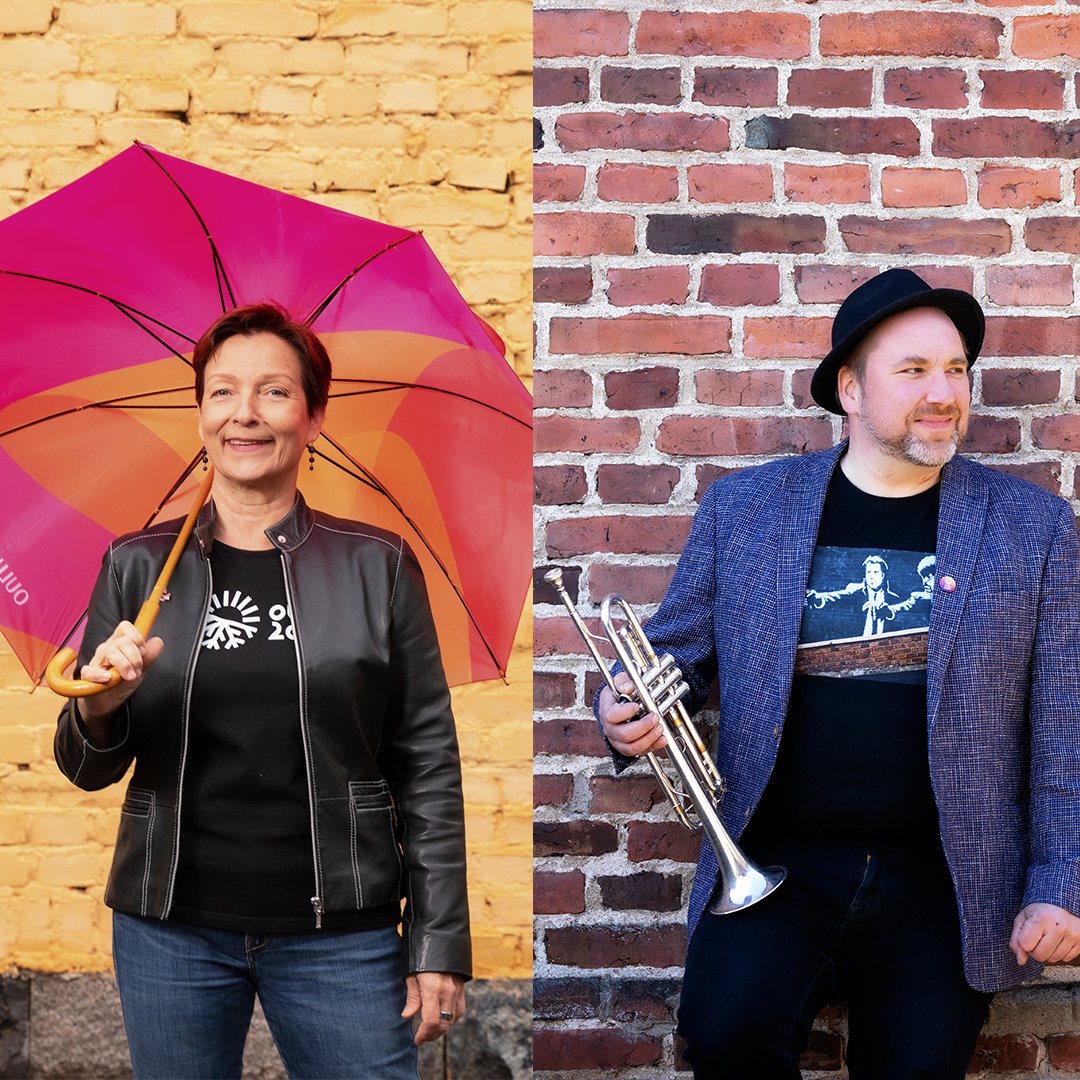 In their meeting today, the Oulu Cultural Foundation’s Board also discussed the implementation of research, monitoring and evaluation activities during the years 2022-2027. Research and evaluation are a mandatory part of the Capital of Culture operations for those European Capitals of Culture that take place between the years 2020 and 2033. The aim of monitoring is to measure Oulu2026’s success in reaching its long-term goals, namely creating a vibrant, gripping city, building up a balanced community and becoming a creative region. The research will produce new knowledge on culture’s role in economic, social and cultural development of cities and its surrounding areas. The research, monitoring and evaluation activities are continued in partnership with Center for Cultural Policy Research, Cupore.

Selection of the Chief Executive Officer and the Programme Director

The Oulu Cultural Foundation’s Board selected Piia Rantala-Korhonen as the Chief Executive Officer and Samu Forsblom as the Programme Director. Both have long experience in various positions in the cultural industries, and have played a significant part in Oulu’s journey towards the European Capital of Culture.

“The Board of Oulu Cultural Foundation considers that preparations for the year 2026 can now fully begin and they do so from a strong starting point. It is good to continue under the leadership of Rantala-Korhonen and Forsblom, and expand the future operations and programme preparations and implementation towards Cultural Climate Change”, states Ruohonen.

Piia Rantala-Korhonen, Master of Arts, has acted in leadership positions at the Cities of Oulu and Espoo, and, among other things, as the Secretary General of Arts Association of Finland. She has managed the European Capital of Culture, Oulu2026, bidding process since its beginning in 2017. Rantala-Korhonen has also acted as Director in the Central Administration’s Department of International Affairs, and as the Deputy Mayor in the City of Oulu where she was responsible for the city’s educational and cultural services. At the City of Espoo, Rantala-Korhonen was the Director of Culture and Community Education Unit.

“I thank the Board for their great trust in me, this is such a big thing for our large region and also an economical investment. I want to thank also those of you who have been involved in the bidding process and are committed to implementing Cultural Climate Change”, comments Rantala-Korhonen.

“It is great to be able to make dreams into reality now. The application phase of the title was its own process where you painted a culturally rich future to Oulu. Now, it is time to redeem that promise. This only possible through cooperation”, comments Samu Forsblom.

The second meeting of the Oulu Cultural Foundation’s Board was held remotely. In the year 2022, the Board will assemble almost monthly. The Chairperson of the Board is Risto Ruohonen, Master of Political Science, and the Vice Chairperson is Päivi Laajala, Mayor of Oulu. Board members are Emilie Gardberg, Dean of the Sibelius Academy, Reima Loukkola, Administrative Director of Arina, Tytti Määttä, Mayor of Kuhmo, Jouko Niinimäki, Rector of University of Oulu, Elena Näsänen, Master of Fine Arts and Video Artist, and Cay Sevon, Doctor of Political Science.