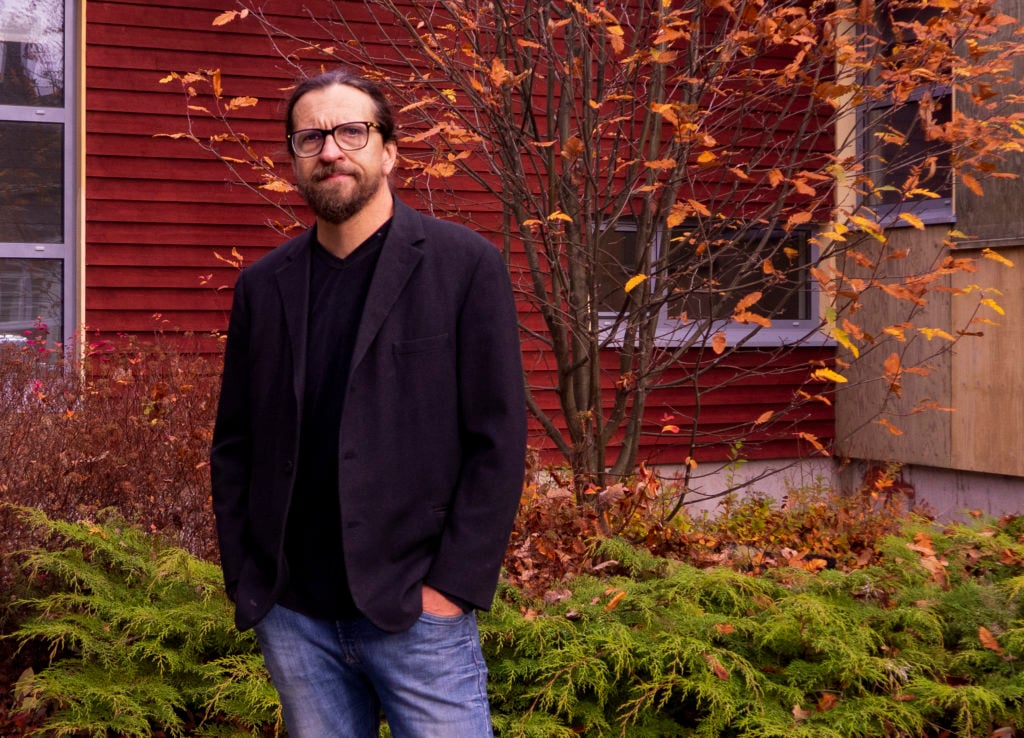 Kai Latvalehto is known from the band Aknestik and from the documentary film Laulu koti-ikävästä (Finnish Blood Swedish Heart). He defended his doctoral thesis two years ago on the topic of Sweden-Finnish cultural identity. As a logical continuation from this Kai established the Sweden-Finnish Cultural Embassy in Oulu at 2019. Now he is in charge of the Kripa project at KulttuuriKauppila in Ii, for creating an international artist residence network.

How does your life look like and feel now, during these exceptional times?

“These are ferocious times. This is, however, the right time to sharpen the pencils and to get prepared for a future which won’t resemble the past. Luckily the golden 1980s will not return, but neither will the beginning of the millennium. There is potential in building a more sustainable future, Nordic cooperation, in the creation of a positive northern culture and communality.”

“Referring to the previous point, Oulu is indisputably the capital of Northern Finland, and perhaps of the entire northern region of the Nordic countries (NB not Scandinavia). We have throughout history managed to follow the times and always hit the ground running. We have been forerunners during the eras of tar, industrialization and technology, despite our distant geographical location.

“The Oulu2026 premiss for the necessity for a cultural climate change has already proven its prophetic value Our modern northern way of life, the spine of a close-knit connection with nature and fresh cultural thinking, can give Europe as much as Europe can give us.”

“This is only the beginning! Oulu as the “paskakaupunni” is the best city!”