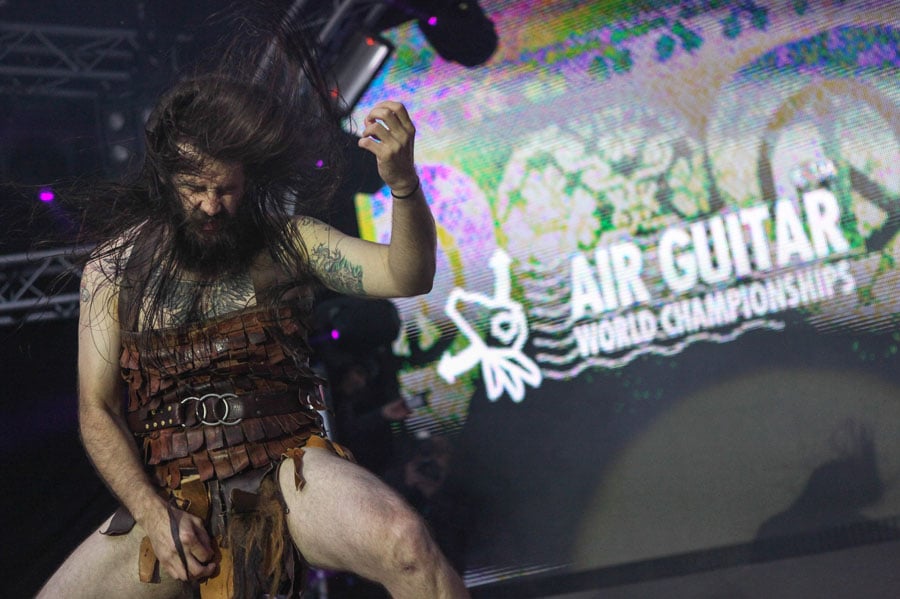 Our Cultural Personality of the week is Justin Howard also known as Nordic Thunder. Justin is 2012 Air Guitar World Champion and the people’s mayor of the great city of Oulu.

Oulu, together with 32 Northern Finnish municipalities, is the year 2026 European Capital of Culture! How do you feel about that, Justin?

I think it’s absolutely fantastic and very appropriately fitting that Oulu will be the 2026 European Capital of Culture.  It is my belief that Oulu has already been a sort of culture capital for quite some time.  Oulu is like a top of a bridge that unites many cultures and ways of life and possesses a unique and special type of magic that is felt when you are in her presence.  And if one is willing, they can accept that invitation to explore and grow as a human being.  I’m excited at the prospect of people accepting that invitation!

The theme, I believe, invites the participants to think a bit more open mindedly than just what is on the surface.  In order to create lasting change, one must be willing to change the culture around the change that is desired.  And change isn’t easy.  We collectedly as human beings must be willing to make changes within our existing cultures in order to foster lasting change that betters not only our own lives but the lives of those around us.  And those changes that we make have the capability to change the world for the better while they continue to evolve and usher in a new way of existing.

I think Northern Finland, and Oulu specifically, are already front runners for the advocation of higher thinking and existing.  I believe in significantly impactful ways Norther Finlanders already have an innate way of sharing their evolutionary ways in which humans can exist in and with peace on this planet, so by receiving this honor of being the 2026 European Capital of Culture, Oulu and her Northern Finnish municipalities will have a wider audience in which they can share their creative, loving, and inviting cultural ways with not only Europe but the rest of the world.

Oulu has taught me many things.  One of which is the less I know the more I am able to learn.  And learning doesn’t have to look like one thing or another.  Learning some of life’s most important lessons can be felt and blossom over time into beautiful new tools for life’s journey.  I think if we all can lean into the idea that we don’t have all the answers but if we take steps in the direction of educating ourselves, listening to our neighbors, and embracing cultural differences that we all have and do so through a lens of unconditional love, then the table is set for some spectacular ways to collaborate on making the world a better place.  Us humans are all so similar and all so different at the same time, so this collaboration is a huge opportunity for so much positive growth.

I have no idea what Oulu will look like in 2026 but I feel strong in that I believe it will feel like it does now only much “wider”.  Oulu possesses a strong energetic pull towards a higher plane of thinking and existing.  Again, it is one that I believe is rooted in love and acceptance.  I have experienced and witnessed it firsthand and it has changed my life for the better.  It has helped shape me to the man I am today and the man I strive to be for the future.  Knowing that Oulu will be “in the spotlight” in 2026 has me excited and hopeful that more people will be invited in to explore these ideas around love and acceptance not only in their own lives but in the communities in which they live.