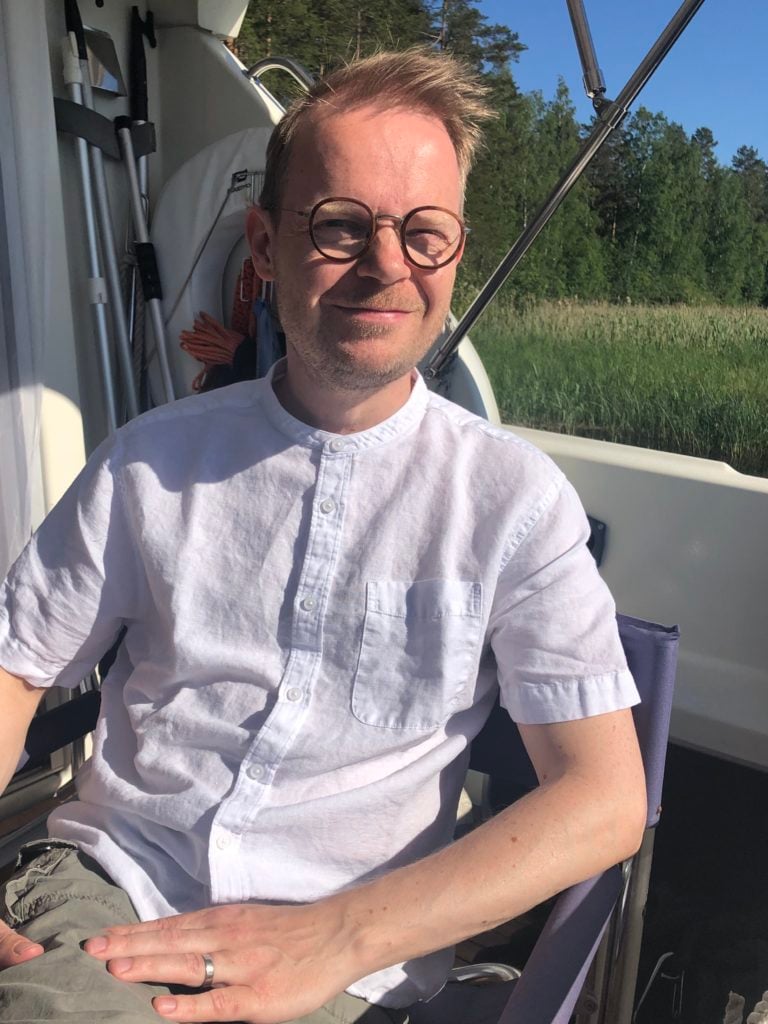 My name is Jaakko Kuusisto. I’ve been the artistic director of Oulu Music Festival for nine years, this is my last. I’m also the Chief Conductor of Kuopio City Orchestra, and my career is split between conducting, composing, and playing violin. I’ve also worked on public office; for example I’ve worked on the Arts Promotion Centre’s Central Arts Council for two three-year terms.

I feel like I’ve been able to adjust to a “new normal”. This spring has been a frantic experience, and I’m starting to feel pretty “empty” emotionally. The initial shock must’ve been a shared experience, and following it there was, at least for me, a kind of stagnation; all the work disappeared from my calendar, and there was uncertainty about what exactly should we do now. It was a hard time. Next stage was about gathering my strenght: finding and implementing new things. It’s an ongoing process. The third stage involves all the new work resulting from corona. Different organisations prepare differently for autumn, and it creates interesting new work that we wouldn’t have undertaken otherwise. I’ll be burning my summer vacation with that work, but I couldn’t even dream of complaining; there was a time recently when there was no work at all.

A lot has been done right in Oulu. I see Oulu as a cosy, beautiful and humane city that lives and evolves. Oulu is an active event city, and that’s a positive signal for the future. Oulu has areas with phenomenal nature, such as Hupisaaret. An oasis right next to city centre is a significant asset. Oulu faces the same challenges as many other cities, but I hope that Oulu keeps on daring to do the things it feels are important. Curling up inwards and playing it safe will not solve anything.

It’s definitely hard to say anything at the moment. I am an optimist and as such I believe life will be good. I wil have just quit my job at Oulu Music Festival, and it’ll be interesting to see if there’s anything similar popping up to replace it. I won’t actively pursue anything such, for there will be enough work without. I think I’ll be at Oulu, I like it here. Of course, I won’t rule out the possibilities of challenges of a wholly new kind, for rebirth is important. Life’ll show.

I believe in Oulu. Even though Oulu already has much, we can still evolve and develop. Oulu has a climate of doing it yourself, probably since we’re too far to bring the important things from elsewhere. We need the European Capital of Culture title to survive from future’s challenges, and I believe we’re able to invest in it. The title requires both creating much new and looking better after our basic cultural infrastucture. I wholly believe that after the title year Oulu will live its new heyday.

Act like a capital, and remember that culture is at the core of everything.