”Oulu is an inventive city that has the opportunity to be the capital of the whole Northern Finland” Tytti Määttä, Member of the Board of the Oulu Cultural Foundation 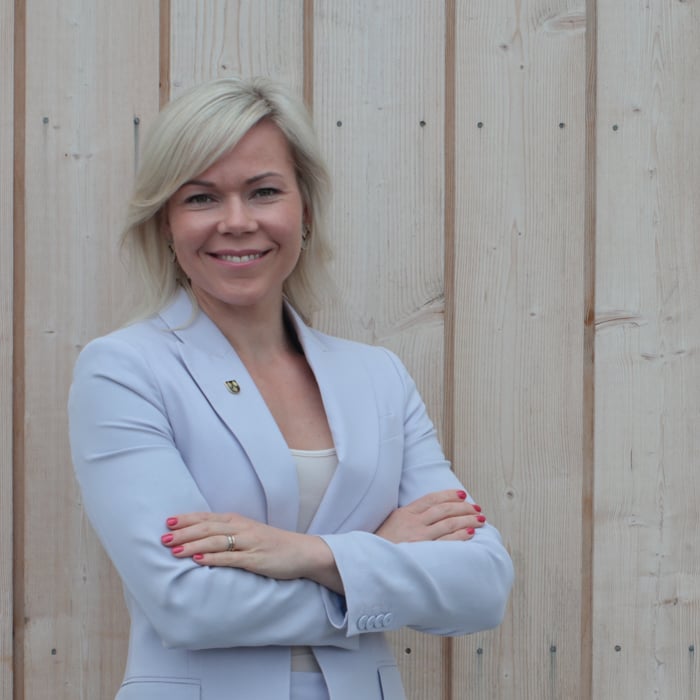 Tytti Määttä has a master’s in political science and is the Mayor of Kuhmo. Määttä studied political science, political history and economics at the University of Turku. Additionally, she has studied environmental science and management. She has also acted as the Municipal Manager of Vaala and as Senior Specialist for the Association of Finnish Municipalities. Määttä was named the year 2019 Maaseutukasvo and the same year, Kajaanin Nuorkauppakamari chose her as the most active public officer in Kainuu. Määtä also acts as the chairperson of Metsähallitus’ the regional advisory board for Kainuu and North Ostrobothnia.

Is Oulu a familiar city to you?

“I’m from the Oulujoki riverside by the border of Utajärvi, though from the side of Vaala, so yes, Oulu is a very familiar city to me. Several people from my inner circle live between Vaala and Oulu so I visit that way often. I still remember how big it was for Oulu when Oulun Kärpät rose from I-division to the league. While studying in Turku, I was sat in the sea full of TPS shirts with a Kärpät shirt on, and maybe somewhat provocatively walked around the campus with a Kärpät sweatshirt on.”

What image do you have of Oulu?

“I consider Oulu’s reputation to be good, innovative and inventive. The fact that Oulu does not carry the weight of a lengthy history is its strength that is seen in the continual development and regeneration of the city. In Oulu, regardless of the industry, everyone has equal opportunities to succeed in life. Oulu has the opportunity to be the capital of the whole Northern Finland.”

What are your thoughts about joining the board of the Foundation?

“This is really interesting and I’m very touched that I was asked to be a part of it. I see it as a good thing that I have wide knowledge of the strengths of the different municipalities in Kainuu and North Ostrobothnia. I believe that the City of Kuhmo’s strong cultural background impacted me being asked to be a part of the Foundation. There will certainly be plenty to do at the beginning, but I am ready for it. It is important that the operations of the foundation are transparent and modern.”

What do you think, what relevance does the European Capital of Culture title have for Oulu and the Oulu2026 region?

“The relevance for the whole region is significant and all possible benefits from it should be captured within Finland and internationally. As challenges, I consider the continuum and how to hold on to the development in the future as well. Reaching new audiences in Finland is important, and I hope that during the project, the already long-run cultural work of municipalities would be made visible. The visitor groups of international networks should be engaged with the Capital of Culture and take the advantage the connections from sister and literature cities, among other things. We must be excited and through culture, there is an opportunity to remove short-sightedness.”

“Wide knowledge on municipalities and a desire to make create permanent action are my strengths. Seeing culture as both the creator of wellbeing and, as an industry has become familiar to me in my current position. I consider the collaboration between public and private sectors significant. I stress social responsibility and I hope that enterprises would join in acquiring art in a form that is suitable for them. As someone who is highly present on social media, I have mastered the skills of writing and communication, and I will continue to bring culture forward in my own channels.”

“I exercise actively, and nature is close to my heart in all of its diversity. Going around in the nature, picking berries and hunting are preferred by my whole family. Kuhmo’s comprehensive cultural offering serves me with a lot of soul food during my spare time, and I recently began a painting course led by Urho Kähkönen.”