New producer to the Oulu2026-team!

At the start of the year, we had new members join the Oulu2026 team, namely producers Kaisa Silvo and Erika Riekki. In the short time they have been with us, they have already gotten involved in the most important task of the project, creating a victory bringing bid book!

Erika Riekki is a producer who has spent the past few years living and working abroad. Among other things, her work tasks consist of managing the international relations of our programmes.

“Even though culture is everywhere, acknowledging its existence and increasing one’s understanding of culture help to create a wider change in Oulu, Northern Finland, and further”. 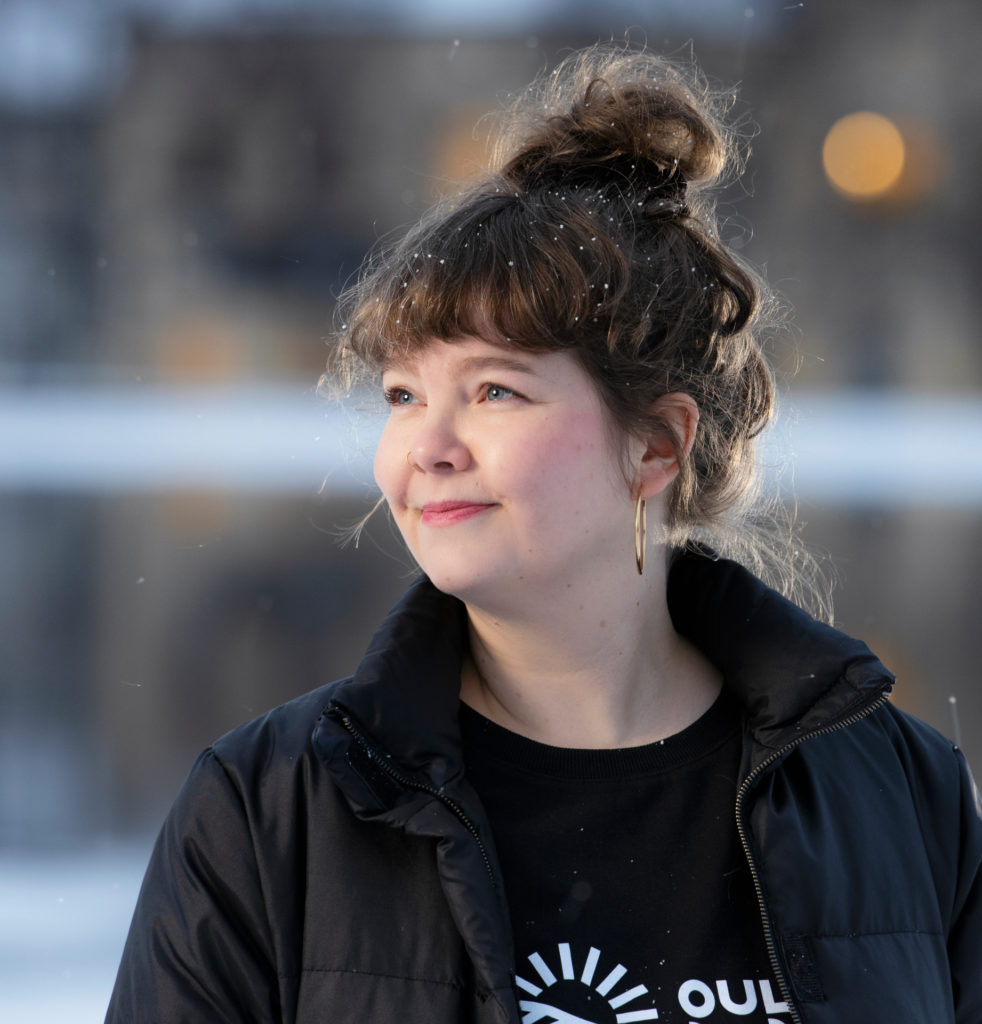 Producer Kaisa Silvo focuses on the regional programming and management of regional partnerships in her work. Kaisa looks at Oulu through an outsider’s eyes, originally from Savo and having lived in Helsinki, and sees Oulu as a city of unique culture that is forward-looking, without forgetting its origins.

“Every time you come to Oulu, it feels like there is something unexpected and interesting going on. Partly, this originates from the wide range of events in the region as well as from the strong on-going DIY spirit which spreads culture across different parts of the city”.

As the regional producer Kaisa will take over the whole Oulu2026 region, consisting of 33 municipalities.

“After years of travelling around the Oulu2026 region by bicycle, train, car and even boat, I am able to state that the region is full of diverse and interesting cultural destinations, amazing stories, and stunning nature spots, as well as people who are proud of where they come from. Together these form a unique entity whose jewels I hope as many people as possible will get to go and enjoy.”

Do not hesitate to be in touch with either Kaisa or Erika. Their contact details are available on our website.