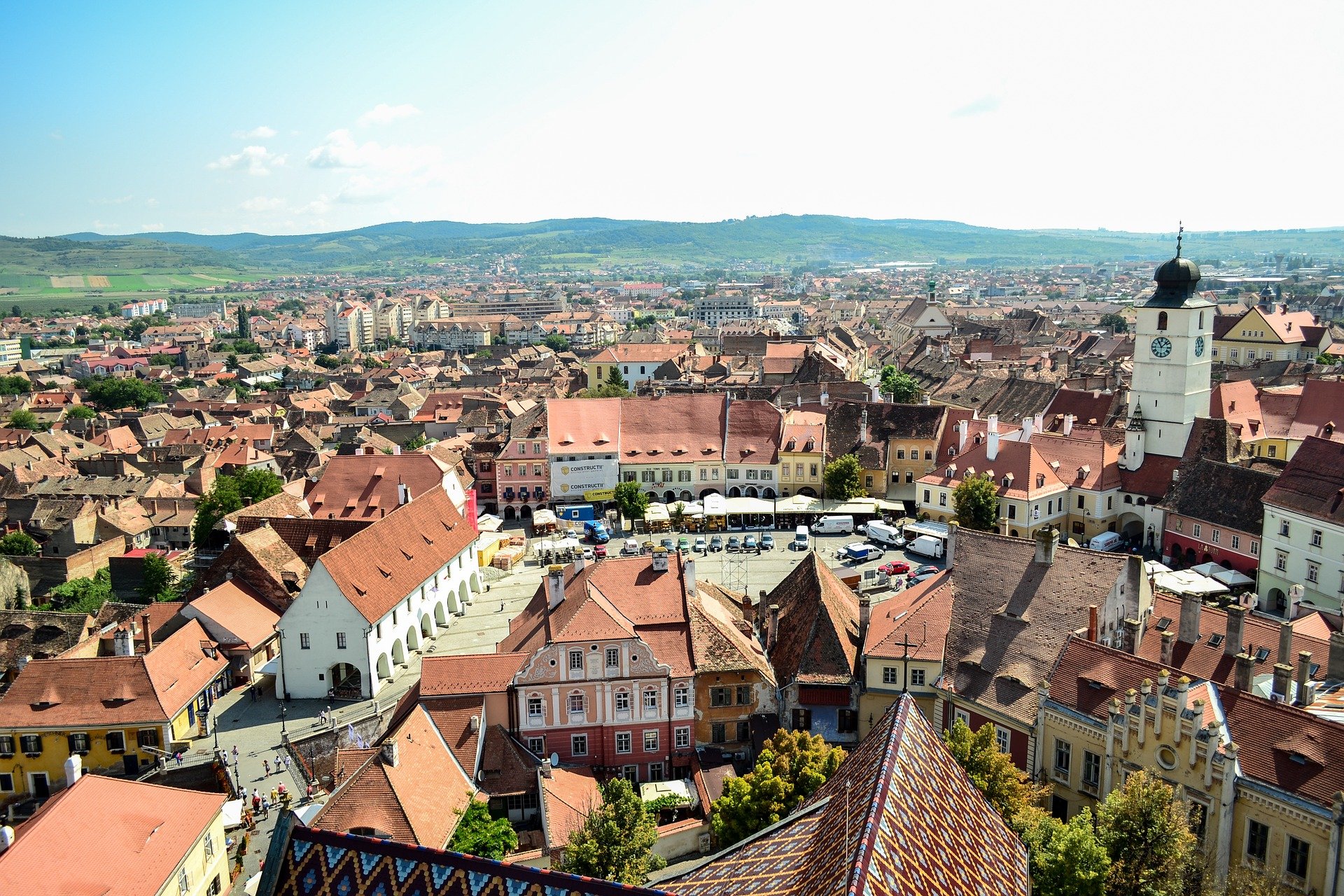 Sibiu was European Capital of Culture in 2007 together with Luxembourg. It’s an ancient city located at the foothills of the Carpathian Mountains in central Romania and has a population of around 170,000. It was founded in the 1100s by Germanic settlers who had roots in the West Rhine. Sibiu remained the center of the Transylvanian Saxon community until the Second World War. However, the war, and later the end of communism in 1989, caused a massive emigration of the Germanic population. Also, the infrastructure of the city deteriorated during the communist era. However, in recent years Sibiu has repaired its infrastructure and placed more emphasis on the promotion of its German roots. Lately, the city’s economy has grown because of tourism and foreign investment, especially from German companies. Sibiu has maintained its position as a fundamental regional center for administration, industry and services.

Sibiu is a significant city especially in terms of religion, culture and learning. The city is a Metropolitan seat of the Romanian Orthodox Church, hosts two national cultural institutions – the Radu Stanca National Theatre and Brukenthal National Museum – and is home to around 30,000 university students. Even before Sibiu received the title of European Capital of Culture (ECoC) in 2007 there was plenty of cultural activity in the city that attracted both domestic and overseas tourists. Examples of internationally known events in Sibiu include its Jazz and Theatre Festivals. Furthermore, the State Philharmonic Orchestra, based at the Thalia Hall, is also located in Sibiu, as is the Gong Theatre, which exhibits mime, puppetry and innovative shows for children and youth.

Sibiu was the first city from a non-EU country to receive the ECoC title in the 21st century, although Romania did join the EU on 1st of January 2007, the same day Sibiu’s ECoC year started. The most significant motivators for Sibiu’s application were the will to make the city more known in Europe and the desire to further develop the cultural sector of the city. Sibiu’s ECoC programme consisted of 867 projects, which were attended by over one million people. The culture programme’s theme was “city of culture. city of cultures”, and the main idea was that of interaction and cooperation between different cultures, such as between Romanian and Germanic cultures. An integral aspect of the programme was utilizing the whole city center as a stage for cultural events. This resulted in an increase in cultural participation and in media interest towards the programme. Also, of note was Sibiu’s collaboration with Luxembourg, as the ECoC programme included 48 joint projects with them. A symbolic gesture of Luxembourg’s importance to the project was the re-naming of the building that hosted the Sibiu co-ordination team as “Luxembourg House”.

Sibiu spent 17,2M€ on the ECoC, the two biggest funders being the City Council and the Ministry of Culture, who together provided roughly three quarters of the total budget. The Sibiu final report states that the ECoC increased the turnover of key economic sectors related to the ECoC by 9,5% overall, with tourist operators securing the highest increase (13,7%). According to Richards and Rotariu the number of overnight stays increased by 36% compared with the same period in 2005. Furthermore, nearly a third of the visitors in Richards and Rotariu’s survey identified the ECoC as the reason for their arrival in Sibiu, which suggests that the advertisement of the ECoC had been rather successful.

Participants were generally very satisfied with the culture programme, as those interviewed rated it 8,6/10 on average. The interviewees also felt that the ECoC had increased Sibiu’s vibrancy and developed the cultural sector, as well as led to a clear increase in cultural participation. Evidence of this is the increased popularity of the Radu Stanca Theatre, as they have significantly increased ticket sales post-ECoC, in 2008 and 2009. Another major cultural development was the establishment of a new ballet company in Sibiu. Furthermore, some events created for the ECoC have remained active post-ECoC, such as the Transylvania Film Festival and the Georgia Anesco classical music festival. Moreover, 65% of the locals felt that the culture programme had increased the social cohesion of Sibiu.

Surveys suggest that the ECoC changed Europeans’ view of Sibiu. In 2006 0,5% of respondents around Europe answering to a survey rated Sibiu among the top 5 European cultural destinations. During the title year the figure was 3,5%. Sibiu’s promotion of the European dimension was seen during the title year in its collaboration with other European countries, as 73 ECoC projects were collaborations with other EU member states. Additionally, there were six projects with other countries (Israel, Cuba, Croatia and Serbia). Sibiu didn’t leave the collaborations just for the title year though, but continued to increase international cooperation post-ECoC, evidence of which is the 30% increase from 2007 to 2008 in events organized together with other European cultural operators.

As a long-lasting benefit, the ECoC gave the cultural operators experience and skills that they can use in the future when organizing cultural activity in Sibiu and elsewhere. Finally, the culture programme reportedly changed many locals’ mindsets towards culture, as they began seeing it as a positive and useful thing instead of an irrelevant waste of money. The evidence suggests that Sibiu achieved its main goals of increasing its visibility in Europe and of developing its cultural sector. The ECoC can therefore be rated to have been successful and to have provided Sibiu with a solid platform on top of which to keep building the cultural future of the city.