On Sunday 8th of August, City of Oulu and Varjo-festivaali are organising Varjo Piknik, a family event in Kuusisaari. The event will celebrate that Oulu been chosen as the European Capital of Culture for the year 2026, and the success of Blind Channel in Eurovision. The event is free to attend.

Since the number of coronavirus cases is currently growing in Oulu, special attention will be given to safety at Varjo Piknik.

“The event organiser will create the necessary health safety requirements, but it is the responsibility of each attendee to remember to keep a safe distance to others, wear masks and maintain good hygiene”, stresses Ari Heikkinen, the Administration Director of City of Oulu.

The event attendees must keep a sufficient distance from other groups of attendees. One option is to bring your own picnic blanket and lay it on the ground so that it is at least two metres from any other group.

There is a strict recommendation to wear masks at Varjo Piknik. The mask should be worn especially when moving around and during queuing situations where it might not be possible to keep a safe distance from others. You are encouraged to bring your own mask. There will be masks available at Kuusisaari if necessary. There will be a space in front of the stage that is segregated from the rest of the area where masks will be mandatory.

The security will be monitoring around the event and will intervene if the health safety protocol is not being followed. Any customer who disregards or consciously neglects the hygiene instructions will be removed from the area.

You are not permitted to attend Varjo Piknik if you show any symptoms associated with coronavirus, have received a positive test result, or have been instructed to quarantine by the authorities.

The detailed safety instructions are available on the Varjo Piknik website: www.varjofestivaali.fi/varjopiknik/ (only in Finnish)

In the late morning, there will be music aimed at children and families with children. The whole musical programming consists of performers from the Oulu region. The event is free to attend and everyone is welcome.

On stage, we will see musician Julius Rantala, childrens’ bands Liikkuva Laulureppu, Soiva Siili and Pentti Punkin Syntymäpäivät. Additionally, the bands will walk around the area to play music and to showcase their instruments.

We will also see performances by the Santana cover band Mustana, the Indie Folk duo Lanai and the rap artist Jokrates. The evening will end with Blind Channel.

In addition to music, there will be a panel discussion Varjon alla, on the city culture of Oulu, organised by Kaleva. There will also be art, such as the paintings of Oulun Katutaide ry, and pop-up restaurants from Varjo-festivaali.

Expert Panel report about the selection of European Capital of Culture 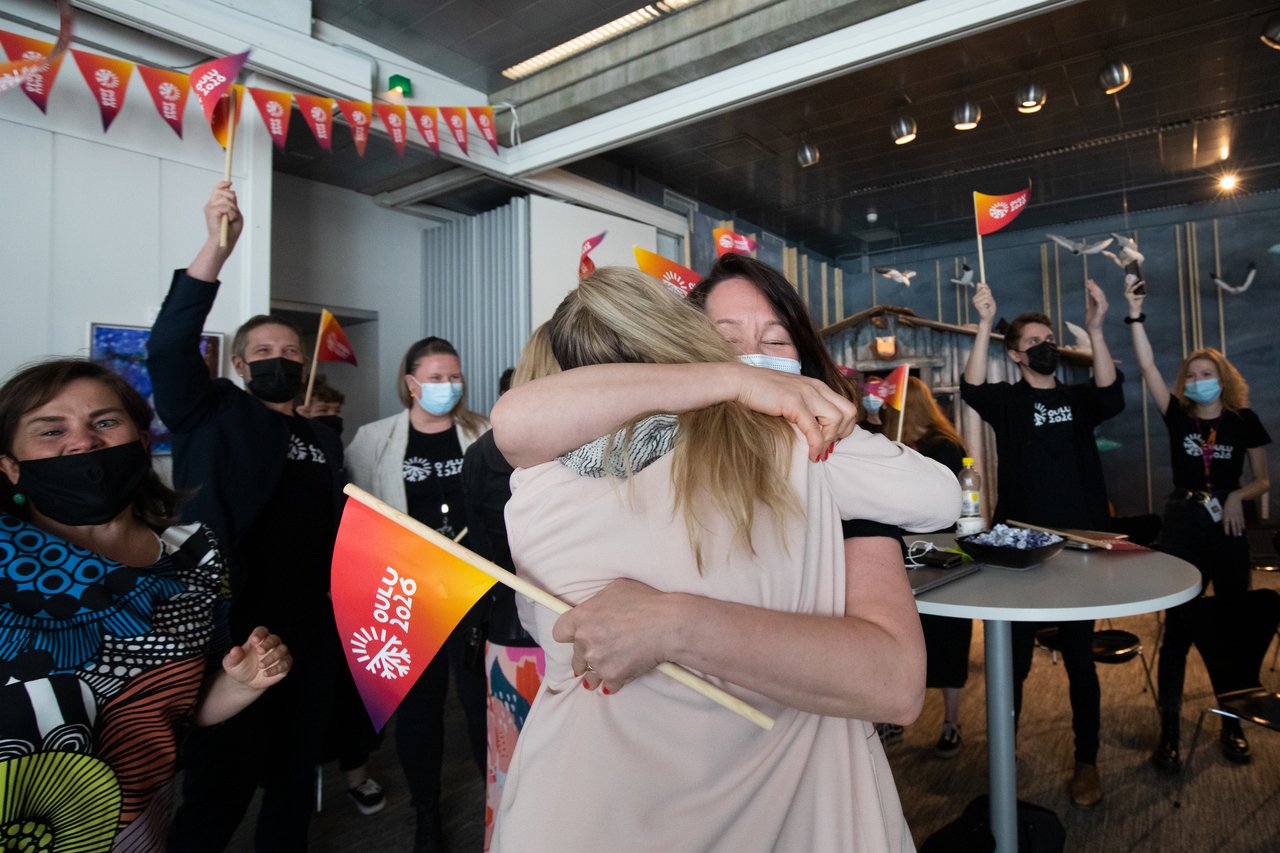 The expert panel’s report about the selection of the European Capital of Culture in 2026 in Finland has been published!

Why I love Oulu – meet the five Oulu-lovers from all over the world!

Meet Carlos, Ezeogo, Samina, Johannes and Seppo – they are all from different parts of world, but have one thing in common: They all love Oulu very dearly! Watch the following videos and find out why.

“Cultural wellbeing as a term is new and it can be considered as a phenomenon” states the executive producer at City of Oulu, Jaana Potkonen.

The term, cultural wellbeing, refers to an individual or a shared experience in which culture and art increase one’s wellbeing. Central to the terms is the idea of culture in everyday life and one’s active participation in culture and art. 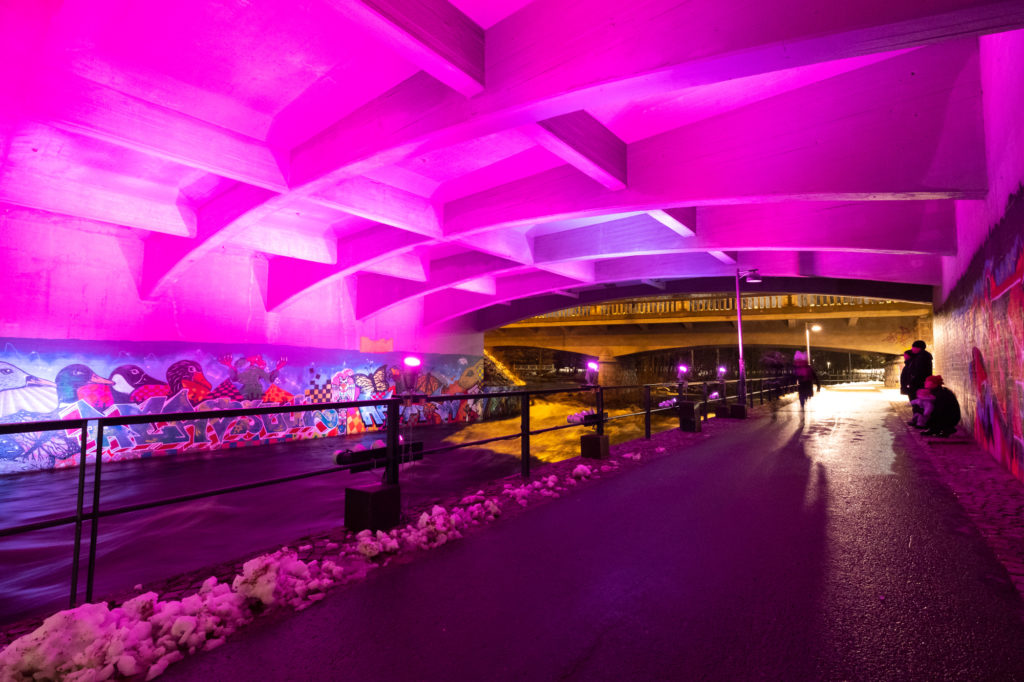 Art and culture have several wellbeing benefits. Potkonen points out choir practice as an example.

“Taking part in choir practice strengthens one’s social relationships and their sense of community. Singing, on the other hand, influences the body’s physiological qualities such as breathing and circulation. Music itself affects us in many ways, including by activating neural pathways in the brain, improving memory, as well as by raising one’s mood.”

Participation to culture can imply the consumption of culture, such as taking part in various art and cultural events or services, and the creation of art in their own terms.

“In Oulu, there has been success in making culture accessible, especially for children and young people. However, groups still exist within which there is more to do regarding accessibility. These groups include elderly immigrants and elderly people living alone.”

Oulu is bidding for the title of European Capital of Culture in 2026 together with 32 other Northern municipalities. Oulu2026 wants to bring more culture and wellbeing to the North, to create new jobs and to develop the Northern region.

“The title of European Capital of Culture would have a massive impact on Oulu. It would increase art and cultural offerings at multiple levels.”

According to previous investigations, the title of European Capital of Culture creates economic impact through a significant increase in tourism, in addition to other things. The multiplicative effect of the project, however, does have a wider meaning. In general, art and culture have noticeable economic impacts on public spending.

With Art, We Are Saving on Health Care

Artistic means can influence, for example, loneliness which is a risk factor for wellbeing that exposes one to mental health issues. The majority of art activities have a positive effect in strengthening the sense of community and friendship.

Research has shown that the impact of art and culture on individuals create savings in the costs of health care and social services, including reduced general doctor visits, shorter hospital stays, and increased wellbeing at work.

Potkonen sees the future of Oulu regarding culture as developing and diverse.

“Culture creates a good atmosphere in Oulu where art and culture will be everyone’s thing.”