How I fell in love with Finland 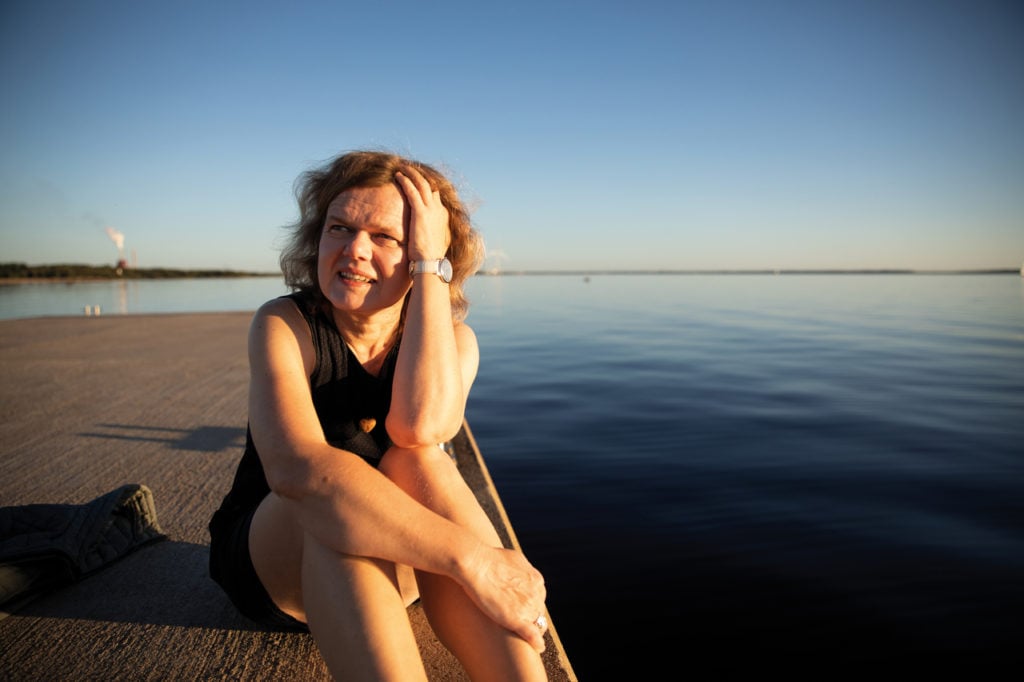 I arrived in Finland after three months of living under strict lockdown in London. Covid-19 was spreading like wildfire in Britain, with hundreds of people dying and thousands of new infections reported every day. The authorities imposed severe restrictions: we were instructed to work from home and we were only allowed to get out of the house to buy food and for what the authorities termed as “essential exercise.” In my case it was a daily 5K run in my local park in south London at six o’ clock in the morning. I went early to avoid people: by seven o’ clock the park was so full of runners, cyclists, dog walkers and babies in pushchairs that it was impossible to keep two meters away from others. Many people didn’t even care which was really annoying. But with nine million people living in London, social distancing would be impossible to maintain even if everybody had the best intentions and observed all the rules – but they didn’t.

I have a small house so living under lockdown quickly became stressful, with days and weeks just blending into one. I was working from home, mostly editing material that I had gathered in Chile and Spain in January and February. I travelled there with Micropolis CEO Leena Vuotovesi who’s in charge of implementing Ii’s ambitious initiatives to tackle climate change. I produced two stories about how tiny little Ii was leading the way in 2019 which captured BBC audiences’ imagination around the world. A lot of people were asking how to get started with a program like Ii’s so my bosses decided to commission a follow-up story which involved taking Leena to two countries at opposite ends of the world where people wanted to learn from Ii. Editing video and audio from these two trips while confined to my bedroom in London 23 hours a day helped quite a bit to cope with the psychological pressures of lockdown.

I’m so lucky to work as a journalist: I meet a lot of people and I get to travel to many places. I’m also a bit of a troublemaker and somehow tend to get into a lot of unexpected adventures. Luckily this meant that my head was full of memories of experiences that I could reflect on when the strain of sitting at home in the spring was getting a bit too much. One of my favourite memories was our trip with Leena to Valparaiso: we started off by walking into tear gas fired by riot police trying to disperse a demonstration. We escaped the tear gas by running back to our car and driving to a beach – only to have our lunch invaded by an innocent-looking but giant pelican that turned up behind Leena’s back. I’ll never forget Leena’s face when she turned after I said to her: “You have a new friend”.

A few hilarious parking and navigation incidents later we were driving back to Santiago in a state where we were laughing hysterically at absolutely everything, including some incomprehensible traffic rules.  Memories like that kept me going in those pretty desperate times in London – until a happy moment when I heard that the authorities decided to allow representatives of the International media to enter Finland.

I booked a ticket and flew to Oulu in the middle of June, rented a car and drove to Ii for two weeks of self-isolation. Now, there’s a huge contrast between London and Ii at the best of times. In Covid-19 times, the contrast was astronomical. In Ii, life was back to normal. Nobody was wearing masks, there were no queues outside supermarkets with people suspiciously scrutinising each other for any symptoms of Covid-19. In Ii, everybody was relaxed: people were not even talking about the pandemic. It was like landing on a different planet.

It was glorious midsummer weather and I was living in a forest. It was intoxicating. I embraced freedom with a vengeance: I did my runs, rode my bike to the river and the seaside to swim. There were very few people: I certainly didn’t have to worry about getting within less than two metres from anyone. Many of the beaches where I went were so remote that I didn’t think twice about swimming naked: there was nobody around for miles and even if someone had spotted me, I knew they wouldn’t have cared. I love how relaxed Finns are about swimming naked. I’m guessing people are used to nudity in the sauna.  Such a far cry from the prudish Victorian instincts of many of my British colleagues. One of them who was travelling with me on a shoot to Finland almost fainted when a friend of mine called to invite me to his sauna at 2130 on a Saturday night. He blushed and said “if anyone in the BBC heard that, you’d be in so much trouble”.

Back to June in Ii, I loved having all that space for myself, and so much clean air to breathe. I felt safe and hugely relieved. I felt like home even though my family was in London. That was a strange thought and I spent quite a bit of time analysing how I could be so happy without my kids. I’m still not sure. I had an insanely busy work schedule in the three years before Covid-19 hit us all and I didn’t take proper holidays. There was a ski trip every year with my daughter and sometimes a few days of holiday time added to my work trips. But I had never had the kind of month-long summer holidays that most Finnish people have. Finally here I was, enjoying an extended break and I was alone, doing what I wanted. No compromises to make, nobody nagging me that they wanted to eat something different. For two weeks, I was living the dream without meeting anyone. It was total bliss despite sharing it with the world’s biggest and most blood-thirsty mosquitoes. Not even in Lapland did I ever come across monsters as vicious as those living in Tangosaari to whom OFF! appears to be just another delicacy.

Mosquitoes aside, having so much space is one of the reasons why I fell in love with Finland, long before Covid-19 started messing with our lives.

born in Hungary. Moved to London (-97) to work for the BBC.
Now lives in Oulu and works for the Oulu2026 project.