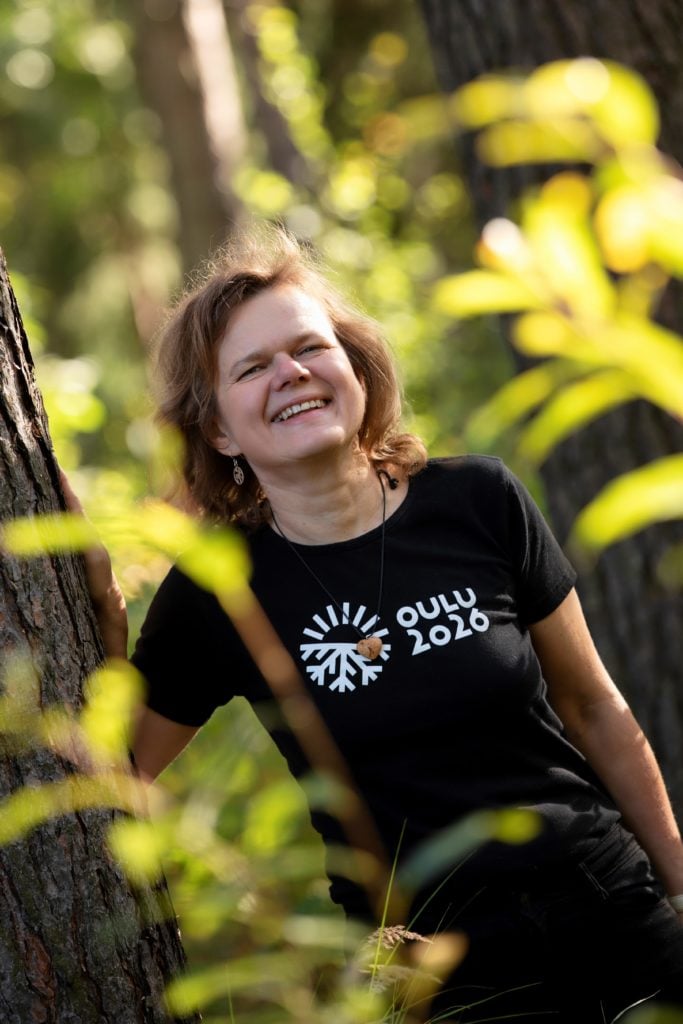 “What are you doing in Ruka?, I asked the young woman who joined me in the hotel sauna. It was a dark autumn day and a cold drizzle had just started outside. “I’m on my summer holiday”, came the defiant answer.

It turned out that my new friend from Jyväskylä was going to drive to the northernmost part of Lapland the next day to embark on a six-day trek in the wilderness, sleeping in her tent along the way, with no sun in the forecast and maximum daytime temperatures estimated at 3 to 5 degrees.

Our conversation reminded me of the questions my BBC colleagues in London were asking me every time Finland was named as the world’s happiest country in the United Nation’s World Happiness Report. On each occasion in the last three years, I was asked to explain on TV and radio what makes Finns so happy.

I was a regular traveller to Finland at the time but I wasn’t living here so I was always wondering if I got this right. I was mostly talking about low crime rates, equality, welfare and free, high-quality health care and education. I mentioned clean air and beautiful nature too, but only in passing.

I think that was wrong: now that I’ve been living here for almost four months, I’m beginning to be convinced that the key to Finnish people’s happiness is living so close to nature.

With 65% of Finland covered with forest and another 10% by lakes, nature is at everybody’s doorstep. Most people can walk or bike to a stunningly beautiful spot where they can sit and enjoy the silence. Go on a hike, make a fire and cook sausages. Pick blueberries. Jump in an avanto in a frozen lake. There’s so much beauty and fun throughout the year, readily available to all.

It’s not like that in other countries. There’s, of course, beautiful countryside in other parts of the world, too, but not everybody has such an easy access to it.

Before I moved to Oulu, I lived in London for 20 years. Much of the land is southern England is private property, fenced off and carefully guarded. Londoners have to drive for an hour to get to Ashdown Forest – the nearest place where you can get an experience comparable to that of a Finnish forest. But you need to have a car, pay for petrol and parking and you won’t be able to make a fire. And you may sit in a traffic jam on the M25 on your way back home so it’s altogether a more stressful experience.

Everybody can visit public parks in London. The royal parks are free and spectacular. But you share them with hundreds if not thousands of other visitors. Lesser-known parks are quieter, more suitable for quiet reflection. But you’ll never be alone and the hustle and bustle of a big city is always going to be there in the background. London’s green spaces are unlikely to give you the kind of deep clean of the mind that you can get in a Finnish forest.

I think the bond Finnish people have with nature is unique. You go to the forest no matter what the weather is like and find your peace because being in nature heals the soul like nothing else does. Equally importantly, Finnish people’s love of nature cuts across generations and social standing. Almost every Finn I’ve met, young and old, rich and poor, loves doing the same things: pick berries, swim in the lake and ski in the winter. It’s such a powerful shared positive experience. I think it’s a wonderful thing that can truly make a society happy.

And a quick word about security. I’m renting a house in Oulu from a family who’s moved to Spain for a few months. When I told my landlady that she’d received a new bank card in the post, she casually asked me to put it under the pillow on a sofa in the garden. “A friend is coming to visit us in Spain next week; she’ll come to the house to pick it up in a few days.”

Hide a bank card in a garden? In a city? And not expect it to be stolen? Being able to do this without considering it risky says more about community values and happy living than any official statistics.