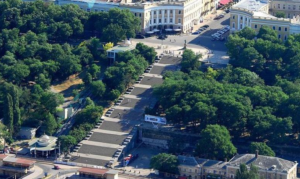 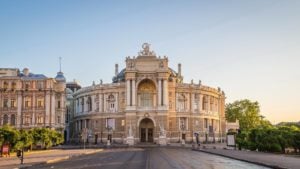 Odessa has an official twinning agreement with Oulu since 1957. Oulu is the first and the oldest sister city of Odessa.

Odessa, a city celebrated in cinema and literature, is the top tourist destination of the Black Sea and the maritime capital of Ukraine. Thanks to its port system, Odessa is an international logistic hub.

With a population of almost exactly a million, Odessa is famous for its cultural heritage, the sophisticated gastronomy and the sparkly nightlife, which created the myth of the “Pearl of the Black Sea”. Above all, its worldwide fame is due to the cinema masterpiece “Battleship Potëmkin” (Ejzenstejn, 1925), with the unforgettable scene of the massacre on the stairway, which is still Odessa’s main landmark. Indeed, it was the Hollywood of Soviet Union.

READ ALSO: The Battleship Potemkin: a masterpiece of Soviet cinema and propaganda

A LITTLE OF HISTORY

The most intriguing characteristic of Odessa is the cosmopolitan soul due to the numerous nationalities contributing to the building of the city since its foundation: Italian, French, German, Greek, Turkish, British, Polish, Bulgarian, Romanian and Jewish.

Odessa was founded in 1794 by the Neapolitan officer José De Ribas, serving under Catherine the Great, who seized a local Turkish fort and scouted the harbour during the war with the Ottoman Empire. He choose the name of Odessa, from the legend of Odysseus. Thanks to him the first leading class of the city was composed by merchants and ship-owners from Naples, Palermo and Genoa.

After the immigration of Italians, the City’s business spine was integrated by Germans, Greeks and Jewish (more than one third of the population, before the Revolution). Odessa was the easiest place of the Russian Empire to become rich, due to its status of “Porto Franco” (tax exemption on trade). This reason created the legend of “Russian California”. The famous American writer Mark Twain visited Odessa in 1867 and wrote: “I stood in Odessa for the first time. It looked just like an American city”.

Odessa is the gastronomic capital of Ukraine because of the fusion of many food traditions: Greek- Jewish-Ukrainian cuisine with nuances from Armenia, Georgia, France, Italy, Bulgaria and Turkey. Given the trade relations developed in Odessa, you can get porcini mushrooms from Trans-Carpathian, tasty vegetables from Southern Ukraine, meat from the North and fresh fish from the Black Sea.

In July, Odessa hosts the main cinema happening of Black Sea region, the window of new productions of Eastern European countries. It is also the most exclusive social event of the Ukrainian high society, which gathers in the sunny Odessa for the red carpet ceremony and for the sparkly night parties.

Ukrainians are the highest portion or seafarers of the world, after the Filipinos. The biggest quota of captains and officers of the worldwide merchant fleet are graduates in the Navy Academies of Odessa. The city has the highest number of crewing and shipping management agencies in the world.

READ ALSO: The economic role of Odessa in the world supply chains

TWINNING BETWEEN ODESSA AND OULU:

Oulu is the first and the oldest sister city of Odessa. They are both members of Eurocities network. The main events of the twinning: 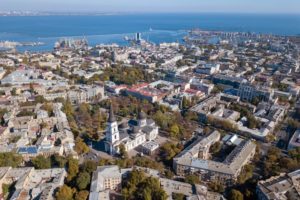 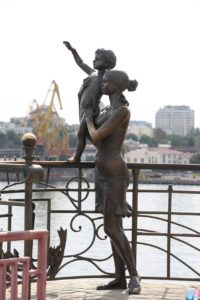 This article is offered by “The Odessa Journal”. For further information, follow our channels:

We give our support to Oulu2026! We are proud to say that our Sister Cities support Oulu2026 and cultural climate change. Together we made this dream come true! Odessa, Ukraine Odessa has an official twinning agreement with Oulu since 1957. Odessa, a city celebrated...